Mark Saunokonoko’s excellent ten part podcast series on the Madeleine McCann case has come to an end. I very much appreciate being included in the work as it is a rare bit of true reporting on the case amongst the myriad of McCann supported, McCann generated propaganda that has been ongoing for a decade, misleading the public as to the facts of the case.

However, I do want to add TWO POINTS which were not included in the podcast which I believe are of utmost importance to the case, probably my two MOST IMPORTANT conclusions which go to the heart of what happened to Maddie: WHO was Smithman and WHERE is Maddie’s body?

The FACT - and it is a fact - that the McCanns did not want to focus on Smithman as an abductor is a massive red flag. ANY parent of a missing child would move heaven and earth to have such a sighting followed up on by both the police and the public. This was not some vague sighting of a girl matching Maddie’s description in some far off country; this is the sighting of a man carrying a little girl from the direction of the McCann vacation flat at exactly the time the child went missing. Yet, the McCanns shrug their shoulders and show no interest. In fact, when they are confronted, they will only acknowledge the sighting as possibly Maddie IF and only IF that man is also Tannerman thereby giving Gerry an alibi at the time the “original” sighting, Tanner’s sighting, of the man occurred.

The only logical conclusion that one can make that the McCanns did not care to focus on the Smith sighting as the true sighting and separate from Tannerman sighting of someone carrying off their child is because THAT MAN WAS GERRY.

Read my blog on these hiding locations here: On Moving and Hiding Bodies

The third and MOST important location would be Location 3.

From my previous blog on Find the Body and Prove We Killed Her, this is the most important point; the location where I believe is the best possiblity to find the body of Madeleine McCann.

Before coming to Portugal, I entertained a number of possibilities: the Huelva baths in Spain where the McCanns went just as the cadaver dogs were arriving, removal back to the UK, and incineration. Each had its interesting possibilities but each also seemed a bit too difficult to accomplish (although by no means am I saying such actions would have been impossible) and it is a pretty good rule of thumb that people do what is easier to manage and simpler to pull off. Because of this, I came to two more probable conclusions, both involving Gerry driving the body to a location he felt was secluded and unlikely to be discovered. I was particularly interested in the activities of the McCann in the days before the Huelva trip when Gerry's phone pinged repeatedly in an area to the west of Praia da Luz along the road to Budens, (estre EN125). I also found it interesting that the day he was to leave for Huelva, he was not feeling well, having a bit of an upset stomach. This led me to theorize he could have used that day to move the body or to recover from moving it the day before. I decided when I got to Praia da Luz, I would take a trip down that road to the west and see whether there were any suitable places to lose a body forever.

Gerry seems to be quite practical and rather cold and calculating and he simply may have decided, Kate’s feelings be damned, that making sure the body was never found was of paramount importance and they would have to live with it. 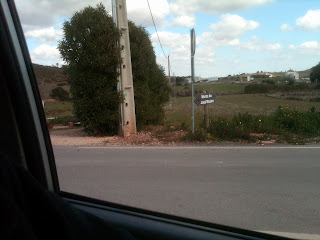 Monte do Jose Mestre. This huge, desolate area covers many square metres and is filled with a considerable network of dirt roads. Looking down on the area from atop the highest hill is a row of windmills. Small trees and bushes are scattered throughout and the dirt is not impossible to dig in. Gerry had just returned from England and I wouldn’t be surprised, if he is involved in disposing of Maddie’s body, that he brought a small shovel back with him, one that could be tossed into the bushes when he finished digging the grave or thrown away in a dumpster on the way back to Praia da Luz. If the body is buried out there, it would be unlikely to ever be found unless a large contingent of searchers and dogs descended upon the area and then it would still be pretty lucky if they located a grave. I hope, however, this is done sometime in the future.
I would like to know if Maddie is there or not.

Views of Monte do Jose Mestre below. 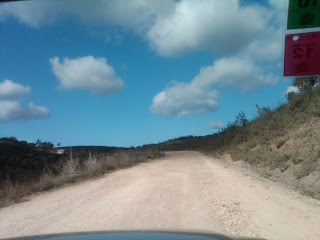 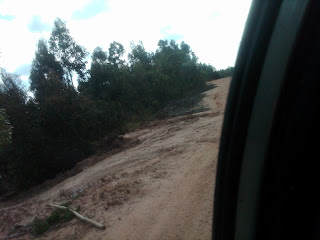 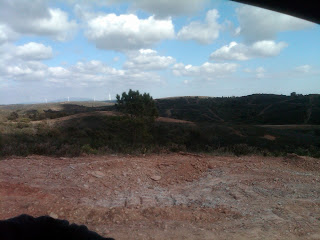 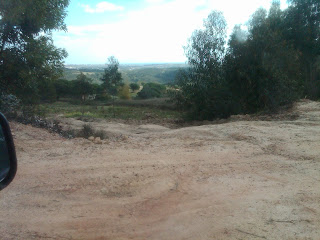 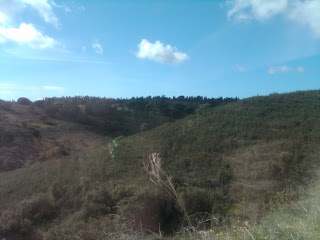 Along with retesting the DNA, searching this location is the other most useful exercise in trying to find out what happened to Maddie. True, it would require a lot of searching at that location, perhaps with dogs and metal detectors, but I can think of no better place at this point to search for the body of Madeleine McCann.

So, to recap, the McCanns burying of the Smith sighting is the strongest proof we have that Smithman is the key to the case and likely Gerry McCann carrying off the body of his dead daughter and the possible burying of the child at Monte do Jose Mestre the other most important key to solving the case outside of DNA or a confession.