THERE is not much that fascinates the great British public more than a juicy “whodunnit”, especially where the victim is a beautiful blonde child. Photographs of little Madeleine McCann have scarcely left the front pages of the British press since she disappeared on May 3rd from the holiday apartment rented by her parents in Portugal's Algarve. Her distraught parents, both doctors, won praise for their energetic and dignified campaign to keep their daughter in the public eye in the hope that she would soon be found.


But three months later, in an extraordinary twist, Kate and Gerry McCann have become the main suspects in what appears to be developing into a murder inquiry. Nothing has yet been made explicit. And so far, the couple remain simply “arguidos”, or formal suspects. Yet the Portuguese press has been stuffed with speculation and tip-offs from anonymous police sources.


While gleefully repeating it all the next day, the British media has been scathing about almost every aspect of the Portuguese system, from its supposedly bungling police to the vagaries of its criminal code. Some of the criticism, such as the failure to seal the crime scene promptly, seems justified. But other complaints, including the police's failure to keep Madeleine's parents and the press sufficiently informed, appear to arise from a misunderstanding of the differences between Britain's common-law system and Portugal's quite distinct civil-law tradition.


In Britain, details of an investigation can be reported usually until someone is charged. Thereafter, a virtual gag is imposed on the press until the case comes to trial. In Portugal, it is the other way round. Nothing about a criminal investigation is supposed to be reported until charges are brought (though leaks ensured acres of coverage in the Portuguese press).
On se demande quelles fuites au juste. D'où provenait ce qui a fuité et en fait ne valait rien ? This is a two-step procedure, starting with the naming of official suspects, which requires relatively little evidence, before progressing to a formal indictment if more conclusively damning evidence is found.


In the McCanns' case, this stage has not yet been reached. A 1,000-page dossier has been handed by the prosecutor supervising the case to a judge, not to ask whether charges should be brought—the prosecutor takes that decision—but rather to ask for his permission either to make an arrest (Kate McCann appears to be the main suspect), or to carry out some special procedure.


The McCanns, now back in England, have promised to return to Portugal if they are wanted for further questioning. They might have other ideas if they are actually faced with arrest and prison. But Portugal could issue a European arrest warrant—a fast-track extradition process requiring no hard evidence of guilt. Although the couple could contest it, legal experts think it unlikely they would succeed. Whatever now happens, Madeleine will not yet fade from public view.

Lee Marlow : Thanks for coming in and agreeing to speak to us today.
Gerald MC : We just want to say thank you. That's the reason we are here. This cheque - I haven't opened it yet, but £57,000 - it's a huge amount. Both Kate and I would like to say a big, sincere thank you to everyone in Rothley and Leicestershire who has been so supportive. It means a lot to us. (1)

LM : How will the money be used - do you know yet? (2)
GMC : We're in the process of looking into which specific areas we need to use this fund. We are about to start a widespread campaign so I can assure you it will be put to very good use. We want to increase awareness, get back to basics if you like. Target specific areas with pictures and billboards and messages. We want to refocus the coverage. (3)
Kate MC : The coverage has been on us. The coverage should be on Madeleine, no-one else.
GMC : But it's important for us to do this: to say a big thank you to the people who have backed us. Their support has been tremendous. It's more than just family, friends and neighbours. Today, I received a letter from the chaplain at Glenfield Hospital. Every Friday they have a vigil at the hospital. It started during the first week of Madeleine's disappearance and they are still holding them now, every Friday lunchtime. I've not been anywhere near Glenfield Hospital - but they're still there, still praying for us. That touches me. It keeps me going. Despite everything that has been written, we're still receiving many messages of support. All the letters we have received have been positive.

LM : How much mail have you received?
GMC : We've been getting three big crates of mail every day. It's so much we have to collect it from the post office. We didn't think it was fair on our post lady. It's tailed off slightly, but we're still receiving a big box of letters every day. It's incredible.
KMC : And the flowers, so many flowers. People have been so kind - it has made coming home a lot easier.

LM : What has been your lowest point during all of this?
KMC : I don't think there has been one, particular low moment. Obviously, nothing can compare with the night Madeleine went missing. A lot has happened since then. Sometimes, the most trivial of things can bring you crashing down.
GMC : I think when we were made suspects in our own daughter's disappearance; when the inference was that Madeleine was dead and that, somehow, we were involved... But, no, it can't get worse than that first night.
KMC : Nothing has been worse than that.
GMC : Everything that has happened, everything we do and feel, it is all put into perspective by how we felt on that first night.

LM : How do you keep going?
KMC : Something carries you through. We have Sean and Amelie of course. We are there for them. And we still have hope. The messages of support; friends and family rallying round. You just can't overestimate what those messages of support have meant for us. They have kept us going on low days, kept us strong during the worst times. I've had days when if I wasn't crying about Madeleine, I was crying from the letters and messages people have sent to us. It has helped so much.

LM : How are Sean and Amelie?
KMC : It didn't take them long to settle back. It's familiar for them at home, they have their toys, they know where things are. They're back in nursery, they play so well together. They miss their big sister.
LM : Do they ask about Madeleine?
GMC : They do.
LM : What do you tell them?
KMC : We tell them that she is missing and that everyone is looking for her. And that's the truth.
GMC : They don't dwell on it. They miss her - but they are not tormented by it. Time means nothing to them at their age. They have no comprehension of when things have happened. They're happy with themselves.

LM : Going back to the night Madeleine disappeared, how and when did you decide that you needed to involve the media?
GMC : We didn't. On that Friday night, we came out of the police station and there were 150 reporters there. We had a quick decision to make. What do we do here? Do we ask the media for help or do we hide? (4)

LM : Were you receiving professional advice at that time?
GMC : We had the media liaison officer from the Mark Warner resort (5) He helped us a lot.

LM : How did you feel about the publicity which quickly surrounded you?
KMC : The publicity was secondary, it really was. At first, I don't think it touched us. There can't be many people left in Leicestershire - or anywhere else for that matter - who don't know who you are.

LM : How does that feel for you?
GMC : "It's weird, very strange. We have had to rely on our friends and family. Our neighbours have been so good. They've been incredibly understanding. They have been there for us, in very testing times. There has been a huge media presence in Rothley. Yesterday was the first day that we could look out of our windows and not be greeted by a crowd of photographers.

GMC says he'd prefer not to answer questions about the media. (6)

LM : What are you doing now? What do you plan to do?
GMC : "We want to get back to basics. Timing is the issue. We are looking now at what is the most effective thing we can do in our search for Madeleine.The legal side has taken priority. We want to change that and refocus the attention on to finding Madeleine.

LM : When were you aware of the green and yellow Madeleine bands?
GMC : It must have been quite early on. When did they start? I don't know.
KMC : Time passed by so surreally. It was the first few hours, then eight hours, then 24 hours, 48 hours, then 72 hours... I don't remember. Each day felt like a week.

LM : What can you say about the legal side? It's been widely reported that Portuguese Inspector Goncalo Amaral has been relieved of his duties...
GMC : We can't comment on that. We want to emphasise enough our thanks, to the people of Leicestershire who helped to raise this money and for the support we have received. It's just so uplifting. A few nights ago, we had a curry with some friends.
KMC : It was just a takeaway, we weren't out having a meal.
GMC : And the waiters in the restaurant, the staff - they were so good. I went to the dump to throw some things away. Even there, people came up and said: 'I hope everything works out all right for you'. These were just ordinary, everyday people - people I didn't know, people going about their business - taking time out to pass on their best wishes.
KMC : We can be out in the car and people will put their thumbs up. It's a simple thing, but we take great comfort from that.

LM : Have any of your patients been in touch?
KMC : Yes, lots of them. That means a lot.

LM : When do you plan to return to work?
GMC : I did think about going back to work in some capacity - but that all changed when we were declared arguidos (suspects). That has put things back a bit. I won't be changing careers, let's say. The hospital has been incredibly supportive.
KMC : There are so many people to thank - the primary schools, Bishop Ellis Primary School in Thurmaston; Rothley Primary School; the local police - they have been excellent, so pleasant. Our local church. It's a five-minute walk from our house. They have been saying prayers continually. In fact, people from all faiths have been praying. We have had support from the Anglican church; from the Baptist church. They were planning to come together, I have heard - but I think that maybe this forced them to do it a bit quicker than they planned."

LM : When do you expect life to return to any kind of normality?
GMC : Well, today is the first day there are no photographers outside our house.
KMC : There is a semblance of normality returning. It's more normal than it was three weeks ago, Amelie and Sean see to that. But really how can it be normal? How can it be normal without Madeleine?
GMC : "None of this has been normal has it, really? 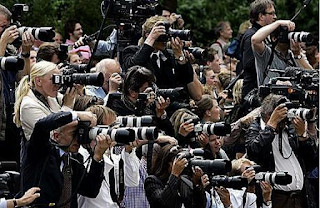 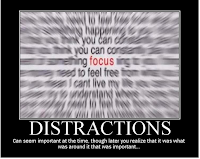