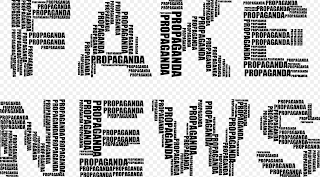 Jonbenet and Maddie: Case Studies in the Ethical Deficit of Contemporary Journalism
Michael Tracey
Journalism and Mass Communication (University of Colorado at Boulder)

One of the lingering issues for journalism is the continuing problem of unethical practices in pursuing stories. This essay looks at this issue by considering the way in which a narrative was laid down by the media about two infamous crimes that received enormous coverage, and that shaped public opinion as to who the guilty parties were. The case studies are the murder of Jon Benet Ramsey and the abduction of Madeleine McCann.
Keywords:Ramsey, McCann, Ethics, Crime

The persecution of individuals for no public good whatsoever is such a significant decline in the standards of the press. We’ve now got a situation where newspapers are hiring private detectives –we used to hire reporters.
Sir Harold Evans, former editor of the British, Murdoch owned, newspapers The Sunday Times ( 1967 –1981 ) and The Times ( 1981 –1982 ) in evidence to the government appointed Leveson inquiry into the ethics of British journalism ( May 17, 2012)

On Christmas night 1996 JonBenét Patricia Ramsey was tortured and bludgeoned to death ça, on n'en sait rien, l'autopsie n'a pas conclu de cette manière ! in her home at 755 15thSt., Boulder, Colorado. JonBenét was six years old with blond hair and blue eyes.
On May 3rd, 2007 Madeleine Beth McCann, a young English girl, was abducted from an holiday apartment at the Ocean Club resort of Praia da Luz in south west Portugal. She was about to turn four on May 12. She was blond, one eye was green and blue, the other green, and her right eye had a marking called a coloboma, which is where the pupil runs into the iris in the form of black radial strip. She was just36” tall, and if you Google her name today you will get five million results.
If you Google Jon Benét's name, all these years later you will get 3,110,000. Search Amazon books and you will find eleven books about Maddie, and fifty-five that are directly about Jon Benét's murder or that have sections dealing with it. No-one knows how much print coverage there has been about these cases, other than the obvious fact that it has been vast. Neither is it known how much television news has covered both cases, though again it is enormous, and there have been many documentaries about both cases, but particularly about Jon Benét's death. In June 2008 the search term “Madeleine McCann” generated some 3,700 videos on YouTube attracting over seven million responses ( Kennedy, 2010 ).
Today, use the search term JonBenét Ramsey, and there are 3090 videos on YouTube.

2.1 The Case of JonBenét Ramsey
Almost from the very beginning of the Ramsey case something was quite obvious: there was a serious problem with the manner of the media coverage in that it was both overdone and unfair. Overdone in that there was so much of it, locally, nationally and globally, and unfair because it is utterly clear that from the very beginning any presumption of innocence was overwhelmingly denied the Ramsey family, and in particular Jon Benét's parents, John and Patsy Ramsey.
Aucun élément à l'appui de cette assertion gratuite.
The first story in the Boulder Daily Camera was on December 27 1996:


“A 6-year-old Boulder girl reported kidnapped early Thursday was found dead in her parents' house later that afternoon. Boulder police said a family member discovered the body of Jon Benet (sic) Ramsey - daughter of Access Graphics president John Ramsey and Patricia Ramsey - in the basement of the family house at 755 15th St. about 1:30 p.m. The child was the 1995 Little Miss Colorado and a student at Martin Park Elementary School, according to a family friend.”

Perhaps the most profound example of a drawing together of the various mythologies about the case was in a piece in Vanity Fair by Annie Bardach, based in considerable part on “information” provided by one particular detective (Bardach, 1997). She wrote that the Ramsey’s behaviour was “odd.” She quoted Linda Arndt, the first detective on the scene, as reporting that between 10.30 and noon John Ramsey left the house to pick up the family mail, the implication being that he was in reality doing something to cover up the crime. Arndt had said this, but it would later to be shown to be incorrect. She reported that only a small child or a midget could have entered through the basement window. This simply was not true, as the source knew, because he also knew that police officers had entered the basement through the window to see if it was possible.
She reported that Hal Haddon, a senior Ramsey attorney, was a political ally of the District Attorney, Alex Hunter, when in fact they had never even met. She reported investigators saying that the ligatures around Jon Benét's neck and wrists were “very loose,” and were consistent with a staging. This was in fact not true, as we now know from the autopsy photos which show that the ligature was so tight it caused a deep gouge in the child’s neck. She repeated the story that there were no signs of forced entry, and no footprints in the snow, when we now know from the police report that there would have been no reason to break in because there were unlocked doors and windows, and the pavement and sidewalks around the house were clear of snow.
She reported the police case that JonBenét was a chronic bed wetter and that Patsy had taken JonBenét to her paediatrician 30 times. In fact, it was 27 over a four year period, some of those with the nanny. Dr. Francesco Bueff, the paediatrician, argues that there was nothing abnormal about this, that there were various reasons for the visits, including a number for sinus infections, that there were no signs of abuse and that she was not a chronic bed-wetter (interview with author). Quid du secret médical ? Il y a le témoignage de l'employée de maison, qui faisait les lits et lavait le linge...
Bardach also reported the incorrect story that John Ramsey flew a private jet back to Atlanta for the funeral. On January 4, Charlie Brennan, writing in the Rocky Mountain News, introduced something that again would emerge as a key narrative, saying not that JonBenét was sexually assaulted, which he and others had already reported, and which the autopsy report would confirm, but that: “The girl was sexually abused.” No doubt Brennan felt that he was using the term as a synonym for assault. It is not clear that his source felt the same way since “abuse,” is a generic condition whereas “assault,” is situation specific. It was however the beginning of another key story line: that JonBenét had been sexually abused over a period of time prior to the murder.
A review of the Child and Family Services report on Jon Benét's nine-year old brother Burke –which as a matter of law had to be undertaken to assess if he would be at risk were he to be returned to his parents; an independent review of the autopsy report which was commissioned from the Denver Medical Examiner; an interview with Jon Benét's pediatrician, who also reviewed her medical history; and numerous interviews with family and friends lead to the overwhelming conclusion that that was no evidence that there had been any sexual abuse. (Mills and Tracey, 1998). However, vast numbers of people simply assumed that there had been for the simple reason that this is what they were being told, ad infinitum.
Within a remarkably short period of time all the details of the story pointing to the guilt of the parents were in place. That almost everyone of those details were either less than profound or downright wrong really didn’t seem to matter. The relationship between the media, which relished a story so rich in ratings and circulation pickings, and law enforcement which wanted to create a public climate which would force an indictment, worked its mendacious magic –even if it did not in the end lead to an indictment. A Gallup poll in November 1997 showed that 88% of the public believed that one or other of the Ramsey family had killed JonBenet. When the same question was posed in March, 2000 67% of the public still believed that one or other of the Ramseys killed JonBenet.


2.2 The Case of Madeleine McCann
Madeleine (Maddie) McCann, a young English girl, went missing from a holiday apartment in Portugal on May 3rd 2007 sometime between about 8 pm and 10pm.
Ce n'est pas la fourchette horaire du rapport de police. By the following day at least one detective was telling journalists that there were doubts about whether Madeleine had really been abducted and that “police thought the couple were not telling the truth...” (Chrisman, 2007).
The story appeared the following day, Saturday May 5, in the respected Portuguese newspaper, Diario de Noticias. The story, headlined “This Is A Very Badly Told Story,” had been written by Jose Manuel Oliveira who had received an off the record briefing by one of the top investigators of the Policia Judiciaria (PJ), the Portuguese criminal investigation police and said that “the headline/quote is based on the police and PJ sense that the testimonies gathered from the initial questioning of the McCanns, friends, and staff of the Ocean Club were confusing. Oliveira believes this report was leaked because the PJ were beginning to have ‘doubts’ about the McCanns – that they were somehow connected or they knew someone who had had something to do with her disappearance – not at this stage that she might be dead. Astonishingly Oliveira says he got the information from the PJ for this leak by 5pm., on the 4thMay –less than 24 hours after Maddie disappeared...” (Chrisman, 2007).